Coronavirus is reported in a panic-mongering way by too many people, often with an unhelpful agenda, and ignoring the factual evidence. As a result panic buying of foods and ‘survival’ items, panic selling of the stock market and potentially panic vaccines and treatments are becoming the norm.

Coronavirus, COVID-19; what the facts tell us

I first wrote a Blog on Coronavirus about 5 weeks ago. It is still valid today. It is based on facts. You can read it HERE.

I live in Hua Hin, Thailand and we had the first 6 cases – all tourists from China. All are now well and have returned to China. We have had about 320 cases in total in Thailand, of which 100 are current, although the rate is growing. One man has died and 2 are in ICU. The rest have recovered.

Last week I read the interview on the BBC with one of the first 6 British people to contract the virus – on a skiing holiday at a chalet in Italy. He has fully recovered and said that he had had worse cases of the flu but the constant coughing was irritating.

It made me wonder whether this was all getting completely out of hand and what the statistics for normal winter ‘flu are.

Published data (GOV UK) for winter 2018-2019 stated that the flu season was 60% lower than previous years. It reported 3800 call outs of Doctors – the majority to old people’s homes; and 5800 hospitalisations for respiratory problems. 312 of this last group died. However, there is no ‘total deaths’ from ‘flu figure that I could find and trust.

Most of the UK data presented for last year is in percentages – the same March week last year saw 7.2 patients per 100,000 visit their doctor about ‘flu. Hang on, multiply that by 600 and you will understand how many of our 60 million population visited the doctor – 4,300. I don’t know about you, but if I had flu, I wouldn’t even think to bother my doctor. So how many active cases of ‘flu were there that week in total? Five times more? 10 times more? We’ll never know.

This highlights the current PR issue with Coronavirus – people keep telling us the cumulative figure. So, 24,000 cases so far in Italy, 13,000 cases in Spain. But how many have recovered? If you measured the UK ‘flu season, the equivalent total cases would have been 1-2 million last year by the end of March. And that was 60% less than previous years!

And, look at the language used: The BBC talks of “Over 1800 killed so far in Italy” as if it is a nutter with a machine gun in an American school. The Archbishop of Canterbury says COVID-19 is “like a nuclear explosion” and the WHO has called it an “enemy against humanity”. I’m waiting to hear what Ozzy Osbourne calls it!

I am not trying to play down this Coronavirus. I am trying to bring an air of realism to the data, to separate fact from, frankly, unhelpful and, often agenda-led, exaggeration. The figures from China published by the BBC currently report three consecutive weeks of decline from the peak. But a word of warning here – the UK flu season typically peaks in the last 10 days of January, declines, and then peaks again the last 10 days of March. Will China have a second peak? Are people learning from the historic data?

Then people look at Italy, Spain and France with their high numbers of cases – I believe this has a lot to do with Catholicism and the enormous bonding there is in local communities between families and friends as a result. But what of the facts? Why has Italy been so badly hit for deaths? Well, Italy most definitely has a larger number of old people and the Italians themselves have reported that 99.2% of the deaths were in the old and/or people with a serious pre-existing illness – a second study showed almost 75% had high blood pressure, 33% had heart disease and 35% had diabetes. The average age of those dying from COVID -19 was 79.5

This is what normally happens in the ‘flu season. The old and infirm are at greater risk. The undeniable problem with COVID-19 is that more patients need more care than for standard ‘flu, and that’s really where the problems start and end – more equipment, more drugs, more beds, more doctors and nurses.

“But,” I hear you say, “not everybody is old – look at Francisco Garcia a 21 year old football coach in Spain. He died of COVID-19. It was on the UK TV news”.

Yes, but he also had leukaemia.

And so I wonder, what is going to happen when Tom Hanks, Nadine Dorries (UK Health Minister), Justin Trudeau’s wife Sophie, and UK football coach Mikel Arteta all get better? Will people start to calm down? I doubt it. The gloom-mongers will undoubtedly conjure up a new thought – ‘What happens when it mutates?’

The problem is that the PR agenda has been seized by vested interests, for example Big Pharma and their massive PR machine, which gets every bad message out instantly with spin. So, footballer Bill/Jim?Bob has ‘tested positive’ for Coronavirus. We have had football matches cancelled in England in previous seasons when virtually a whole team went down with the ‘flu. No one ever talked about them “testing positive”.

Meanwhile, ‘Trump invokes war powers to stem coronavirus’ and ‘hospitals are going to run out of beds, masks, equipment and drugs’. Hardly alarmist at all.

But Big Pharma wants Government grants to develop vaccines, the hype fuels the grants. It doesn’t stop with them – there are even ‘natural health’ websites in the USA flogging masks (that won’t stop you catching it) and survival packs for ‘when America collapses under the strain’. They are all just profit-mongering and fuelling the panic. Shame on you.

And then you get the conspiracy theories – Coronavirus leaked from the Wuhan Biological Warfare Centre: the Americans planted it to hurt the Chinese – Jean Koontz is the latest focus. In 1981 in his fictional book ‘The Eyes of Darkness’ he wrote that “In around 2020 a severe pneumonia-like illness will spread throughout the globe, attacking the lungs and the bronchial tubes and resisting all known treatments”. In another part of the book he wrote that a Chinese Scientist had defected to the USA and told them that Wuhan-400 (the 400 th attempt by the Biological warfare scientists in the Wuhan centre to come up with the perfect weapon) would be the man-made micro-organism.

1981? Spookey, eh? There’s always a Nostradamus when you need one.

Actually, the reason this virus has leapt round the globe is that Governments reacted too late. Having understood the threat of a Coronavirus with Ebola only too well, when the first people in Hong Kong developed this new disease, all flights from there should have been grounded. It is a major International Hub. 24 hours worth a flights out took this virus global. You have to isolate the virus carriers. We didn’t. Ineptitude, sloth and complacency were the real conspirators.

A vaccine for Coronavirus?

So what now? A vaccine perhaps? I’m not too sure I’m going to hold my breath! The world’s worst outbreak of Ebola was in 2014 and the first vaccine (rVSV-SEBOV) was licensed in December 2019, even though it had been used for a year beforehand – a massive Clinical Trial.

What ultimately brought Ebola and smallpox under control was containment. Isolating the spread; understanding how it spreads. Today, you should wear a mask if you fear you could have it – it’s your social duty. If you don’t have it, wash your hands and forearms properly and regularly, don’t shake hands or kiss cheeks, stay a metre from people.

So, what am I doing as a 70+ year old to prevent my imminent demise?

You can read my little blog on what I’m doing here.

I will self-isolate. I will strengthen my body.

You can also read that, despite what we have all been told for years, there are natural compounds that can kill viruses, and none of them is an antibiotic (because antibiotics have no effect on viruses despite 50% being prescribed for viral conditions – go figure!)

This is not a Pandemic; it is a man-made Panic

Princess cruises have 18 ships. Almost 5,000 people have fallen ill on their cruises in the past decade, despite a consistent record of high inspection scores. Yes, the people on cruises tend to be older.

91.89% did not contract the disease although they were largely old and infirm and in close proximity for several days with 300 infected people. What possibly stopped it getting worse was containment – self isolation.

Are those really the figures of a pandemic?

Eat this food cause inflammation; eat that one and lower it 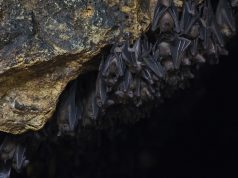 The Wuhan coronavirus – clearing up the confusion (well, at least some of it)