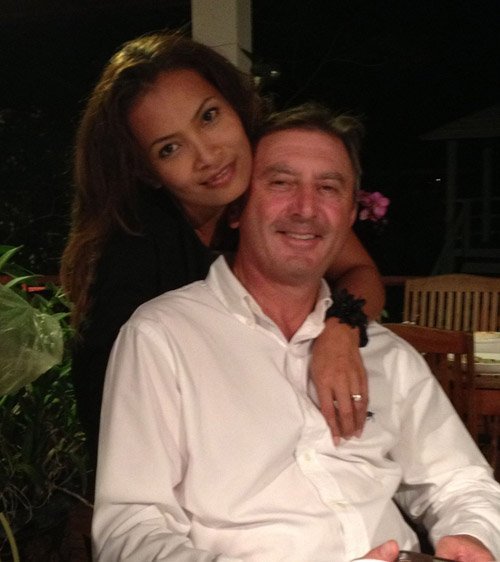 A single word on a single market.

I apologise for using my health blog for this very personal point of view on the UK’s biggest issue of the moment: To Brexit or not to Brexit?

I have just one word on this subject and, in the middle of heady debates on immigration, financial uncertainty, unemployment and even war (!), I have to say I have never really heard anyone mention this word.

The word is ‘Democracy’.

I rather like Democracy. Britain has had Democracy for hundreds of years, the Greeks for considerably longer.

But ‘call me Dave’ seems to want to give it all up. He wants us to stay in Europe and the EU doesn’t have Democracy at all.

Let me explain, lest President Obama becomes confused. Yes, of course we vote for EuroMPs in Europe. But unlike UK Members of Parliament, or, in the USA, Members of Congress or the Senate, they are not ‘lawmakers’; they do not pass legislation.

EuroMPs pass ‘resolutions’. I remember in 2005, EuroMPs voted to ban 1,000 chemicals of concern from everyday products – the sort of chemicals that have just seen an American judge fine Johnson and Johnson $72 million for links between their talc and ovarian cancer taking the life of a frequent user who thought it was safe.

Anyway, the vote in the European Parliament was for ‘legislation that would have far reaching implications’, to quote the blurb at the time. Except, with EuroMPs having most clearly voted to kick these chemicals into touch, the ‘resolution’ was rejected by a Euro Commissioner!

I could have provided far more examples.

Commissioners are non-elected officials. Each Member State puts forward a couple at a time – these could be people who just lost a General Election because they were sneering nerds (Neil Kinnock?) or people who needed to be moved outside Britain for fear they would go head to head with the Prime Minister and kick him out of his job (Chris Patten?). So you could be forgiven for thinking these people are more misfits that electable winners.

Anyway, from the total list of Member States’ suggestions, commissioners are chosen to serve. And what they say, goes.

Do they rely on the vote of the elected Euro MPs? They don’t have to. Instead, they can set up a highly paid committee to look at an issue in depth (it used to be called a ‘Quango’) who are not just unelected; they can have strong vested interests in the result.

And so actual ‘laws’ and legislation are actually in the hands of people far removed from democracy. People who however good or disastrous their decisions, will still have a job tomorrow. For these people are neither accountable nor responsible to you and I.

Accountability and responsibility are the bed rocks of Democracy. You screw up and in five years at the next election, you’re out. These people aren’t accountable or responsible. The Commissioners and the ‘Quangoers’ stay in place or move to ever more lucrative jobs until they retire.

With Europe, we seem to be moving towards the antithesis of Democracy. Like it or not, when it looked like the far right in Austria were about to win, rather than listen, the unaccountables were working out ways to ignore them and to actually legislate against them! And did they heed the voters’ warnings to Merkel in the German regional elections; warnings stemming from her immigration-lust?

This is just not Democracy. The legislators are bureaucrats who show little or no responsibility to the people they are supposed to serve. Do they even feel they ‘serve’? I suspect we are merely an inconvenience that can usually be dealt with over a working lunch.

I was recently with Businessmen from France, Ireland and Sweden. I named four key posts in the EU. No one could name the person in charge. The unaccountable bureaucrats are faceless too.

Immigration, employment, defence, health funding etc. are symptoms of the malaise. The illness is a loss of democracy to faceless, unaccountable bureaucrats (FUBs) who are responsible to no one.

My democratic vote on Europe was for a Common Market. A Grand European Tescos – the best sausage, olive oil, feta cheese and HP sauce, all delivered by BMW. If my vote is going to be extrapolated instead by FUBs as a vote for a single undemocratic, unaccountable Europe, then that says it all. Was I sleeping? Did I miss something? Did I ever democratically vote for a single Europe and a faceless ‘President’ with his FUB Commissioners? Who seem to be just about to pass a law making it illegal to criticise them!

What I do know is that if we vote to stay in ‘the EU’, the floodgates will open. No second thoughts; we’re dead. Legislation has been held up over the last 12 months – legislation deemed too controversial for human consumption in the UK – and it will hit rapidly after a ‘Remain’ vote.

But if we vote to ‘Leave’, be very clear: The pound may fall (our economy is in trouble anyway) but the Euro will fall further. They need us every bit as much as we might need them and arguably more so. Vote ‘Leave’ and a shockwave will go straight through the FUBs as the fear of the gravy train drying up hits home. Watch them run to Britain with offers.

Stop worrying about the details. Get the big picture right and the details follow.

I want to be part of a Democracy; one with our own clear view on Britain. One that we vote for every five years. Then the details of migration, budgets, health service, defence and so on will all fall in to place. If our politicians fiddle their expenses, or devastate the health service, they lose the next election. That’s how Democracy works.