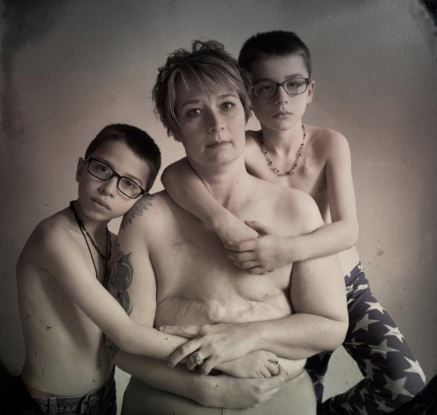 Shannan had an aggressive breast cancer prompting her to undertake a double mastectomy. That didn’t stop the metastases. The cancer continued its march.

Like many young mums, she also lived in fear of not seeing her two young boys grow up, and was especially troubled because one had autism and the other had regular fits and seizures.

Unfortunately, orthodox medical treatment failed them. I’ve heard this story so many times. And like a good number of our followers around the world, Shannan turned to a plant-based remedy for all of them. Not just any plant, of course, but cannabis sativa. She was told it was illegal where she lived but pressed on.

Be clear, this is not yet another quack treatment. Only recently, I covered the fact that the Italian Government didn’t want to buy their supplies from Holland any more, and had started to grow their own. They were very clear – in Italy, the fifth largest economy in the World, cannabis is prescribed for Pain relief and for chronic illnesses from MS to cancer.

Shannan, Oliver and Joseph are no longer just ‘hanging on’. They are all doing rather well, in fact, and their story was covered in National Geographic magazine.

You can see their story, and others coving all manner of chronic illness and the use of ‘The Sacred Plant’, in a FREE documentary series called ‘The Sacred Plant’ starting on June 20th 2018. It’s not to be missed. Just click the link to watch the trailer and Register for the series. Watch this Video now.