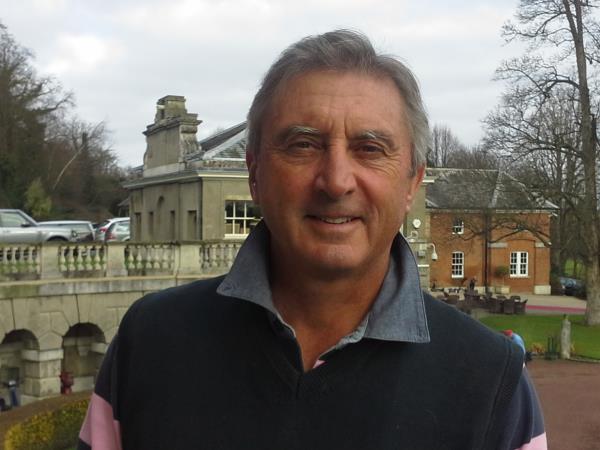 I help people from all over the world build Integrative cancer programmes. I don’t ‘treat’ cancer. I’m not a doctor and anyway I don’t believe in their strategy of chasing the cancer round the body. I help people build stronger bodies all over, so they are better able to withstand the cancer. Unlike Doctors, oncologists, Cancer Research UK and drugs companies, I am not in the business of helping people manage illness; I help manage wellness.

An example might be this: One of our enlarged family was sent home 4 years ago from the Royal Marsden with the word ‘Terminal’ ringing painful bells in his head. Prostate cancer spread to the bones.

Prostate cancer tends to be about diet, exercise and poor levels of LDL and triglycerides in the blood stream. Four years on, The Royal Marsden have sent him home ‘cured’. They cannot find a trace of his cancer. “I don’t know what you’re doing, but whatever it is, keep doing it”, was the oncologist’s expert advice.

Did he want to know? ‘No’ came the reply.

I have had several men a few years ago with prostate cancer that was confined to their prostate and had not gone past the capsule. A trip to have localized hyperthermia in Germany and their cancer has gone. Of course the UK orthodoxy will claim it is quackery. But not to these few men it isn’t. Their cancer has gone.

About 4 years ago, a man in the USA got hold of me. Again the prostate cancer was confined to the capsule. We talked, built a programme and the core was that he went for Proton Beam Therapy.

So pleased is he with the results (Yes, it’s gone), that he recently sent his brother to me. This man had the same problem, with a twist. He had a rapidly growing prostate cancer, and someone had persuaded him to have three biopsies over time. In America, people know what we sweep under the carpet in Britain – namely, that biopsies can spread prostate cancer because the needles damage the surrounding capsule.

He was considering HIFU. Now, I have championed HIFU in the UK for over a decade. Britain has conducted one small Clinical Trial, and we are in the middle of a much longer protracted trial. But my American friend has gone to a Doctor in Kentucky who has already performed more than 1,000 ‘treatments’ with HIFU. He never damages nerves so there is no danger of impotence, and he claims that less than 5% of men suffer incontinence but that usually wears off after a year. He also uses the HIFU with a margin of a centimeter around the prostate to mop up any cells that have been released by the biopsy (the cells we don’t talk about in the UK).

Diet, exercise, reducing triglycerides, Proton Beam Therapy, HIFU – why, in America they even have Hyperbaric Oxygen chambers where you ride fixed bikes inside them to get your oxygen levels up faster! I’ve also had a dozen people across the water use the Nanoknife or vaccines.

Why are we falling behind in the UK?

Here’s my theory. We have a drug culture in the UK, it’s endemic and it’s holding us back. Our leading charity is the R&D department for Big Pharma, too many top UK researchers are spending all their time worrying about mutations and proteins, drugs, drugs and more drugs.

Brain cancer is how CANCERactive started. In America they have a glioma vaccine and 75% of people have lived three years so far. Other US scientists have discovered a parasite may be involved. Meanwhile, we are just committing £45 million pounds for the brain cancer charity to look for … new drugs.

They try new ideas in America; and they learn. By contrast, we don’t even want to learn how someone beat their cancer after being told he was terminal.

While America experiments with alternative therapies like HIFU, proton beam therapy and vaccines, the UK has such a strong drug culture that we continue to go in a direction that for nearly 70 years has repeatedly failed to cure cancer.

When are we going to learn?