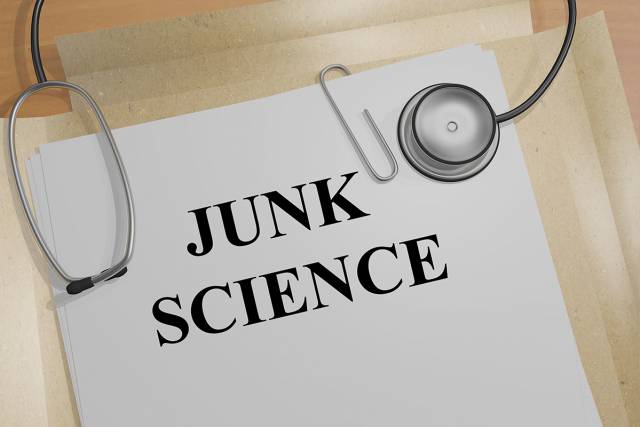 Two scientists at Johns Hopkins Kimmel Cancer Center, Dr. Bert Vogelstein, the Clayton Professor of Oncology at the Johns Hopkins School of Medicine, and ‘bio-mathematician’ and assistant Professor, Critian Tomasetti, Ph.D. published a study on January 2nd in the journal Science, which concluded that two-thirds of adult cancer incidence across tissues can be explained primarily by ‘bad luck’.

The scientists created a mathematical model by searching the scientific literature for information on the cumulative number of divisions of stem cells among 31 tissue types during an average individual’s lifetime. They then charted the number of stem cell divisions in these tissues and plotted them against the incidence of cancer. For example, in colon tissue there are 4 times more cell divisions than occur in the small intestine, and cancer is more prevalent in the former. QED.

1. Firstly, neither prostate nor breast cancer were covered in the research since the researchers could not obtain reliable data on stem cell divisions. So that would rule out almost one third of all cancers in the UK.  And we are always being told by the UK ‘Brand leader’ Cancer Research, that these are largely hormonally driven, with factors such as oestrogen, lack of exercise and obesity playing a big part. If the new research is correct, and it were to apply to breast and prostate cancers as well, how has CRUK made such a big error? Just bad luck, perhaps?

4. Next, having shown a link between cell division volumes and cancer volumes, our plucky duo made a mental jump: “It was well-known that cancer arises when tissue specific stem cells make random mistakes, or mutations during cell replication”, Well known to whom?  In 2012 scientists were still arguing whether there was such a thing as a cancer stem cell.

And the idea that cancer is caused by mutations to the core DNA is quaintly old fashioned. Indeed the modern theory of cancer (being confirmed by scientists week in, week out) is that not much happens to the core DNA (and when it does the immune system easily spots it as rogue). Instead, chemicals like homocysteine build up in the blood stream and cause more methylation around the DNA coil. This holds histones in place, which in turn hold the integrity and shape of the DNA in the nucleus.

When the histones cover a gene responsible for, say, controlled cellular division, it cannot send out its messages, it is silenced, and the cell starts dividing randomly. It is important to note that this methylation and acetylation is believed to be reversible by literally thousands of scientists currently working for drugs companies and University Medical Schools. The science is called Epigenetics (Epi=around, the gene). Drugs companies believe they can affect the methylation and acetylation directly; or indirectly via the enzymes that cause it.

Other scientists believe that there are a host of natural compounds (from sulphoraphanes to carotenoids) that can do this, as can exercise hormones. Indeed, Epigeneticists argue that there are clearly 4 causes of DNA blockages – environmental toxins, stress, poor diet and hormones such as oestrogen.

So, are these epigenetic scientists all wrong?

Where hypotheses are statistics meet

A statistician is someone who will tell you that it’s better to have a watch that is broken (it is right twice a day), than one that loses 7 minutes a day (it is right once every thirteen days).

I have decided to look at road accidents in Britain (London and Manchester were excluded because there were no reliable statistics). Now, it is widely accepted that council road administrators allow too many non-UK-qualified lorry drivers to drive on the roads. And sure enough, we have found that the number of road deaths is proportional to the increases in foreign lorries on our roads. It doesn’t fit exactly (but to about an 80% level) and it differs by the 31 regions we looked at. So if you die in a road accident it has little to do with your skills as a driver, or how fast you were going, or the weather conditions. The number of foreign lorry drivers being allowed on our roads by a lack of legislation is behind it. Just bad luck really.

What is odd though is that this conclusion doesn’t hold true in Africa or China.  So I’ll leave that out of my model.

So, thanks to Johns Hopkins, science has a new bed fellow: Bad luck. It’s the devil’s work. No need to feel guilty about your gluttony and sloth – just ‘eat drink and be merry, for tomorrow ye may die’.

No need for CRUK or the Government to feel guilty about failing to do anything serious in the way of Cancer Prevention Programmes in the community. You can’t legislate for bad luck. It would be pointless spending billions of pounds telling people to eat healthily, exercise and give up smoking if cancer occurs ‘for no particular reason other than randomness’ (according to Tomasetti).

If 65% of cancers are just bad luck, and we add on the 20% known to be caused by parasites and viruses (according to the WHO), then we certainly aren’t left with much that is to do with our sloth and gluttony. ‘50% of cancers are your own fault’ said CRUK 5 years ago. ‘30-50% of cancers are due to your poor diets’ said the WHO. ‘At least half of all cancers are preventable’. Oh no they’re not says a mathematical model (that left two of the biggest out).

Food companies that sell junk, have no case to answer. Lucky for them. What of the legal cases in the USA where people sue cigarette companies or mobile phone companies for not warning them that their products cause cancer?  Presumably your bad luck is now lucky for these companies.

At CANCERactive we were helping a patient with oesophageal cancer. She had had bad acid reflux for ten years and been on a drug the whole time. A trip to the manufacturer’s website said that ‘on no account should the drug be prescribed for more than six months’. The woman asked her doctor what he thought caused her cancer. ‘Just bad luck’ was his reply. Johns Hopkins have vindicated him. His mis-prescription of the drug was irrelevant.

But there’s a get out clause in the model: “We found that the types of cancer that had a higher risk than predicted by the number of cell divisions, were precisely the one’s you’d expect” (lung cancer – linked to smoking; skin cancer – linked to sun exposure). So, other factors do cause deviation from their model. Lucky, I spotted that.

The new science of ‘Bad luck’ is a dangerous concept. It removes the need for people to exert any self-control. The implication is that you can make little difference to prevent your cancer (and thus can make little difference to prevent it returning – so it is pointless doing anything to help treat your condition). Self-empowerment for patients goes out of the window. You might as well stay fat, not exercise, carry on smoking and just place your total faith in your good doctor’s hands. And luck.

Except, isn’t it lucky for us that The American Cancer Society have produced a 2012 report saying that since 2006 there has been an ‘explosion’ in research, and ‘overwhelming’ evidence that good diet, weight control and good diet can increase survival and even prevent a cancer returning.

Except, isn’t it lucky for us that the Karolinska Institute has produced straight line graphs on the links between cows’ dairy consumption and prostate, breast and ovarian cancers; or that Bristol University produced a meta-study on 52 research reports concluding that people who exercised regularly developed less cancers, and that those with cancer who exercised regularly, survived longer.

Watch out for the follow up study: ‘It is just bad luck that the chemotherapy didn’t work for you’. (Well it wouldn’t anyway because there is no drug available today that tackles cancer stem cells.)

The Truth about red meat, bacon and processed meats 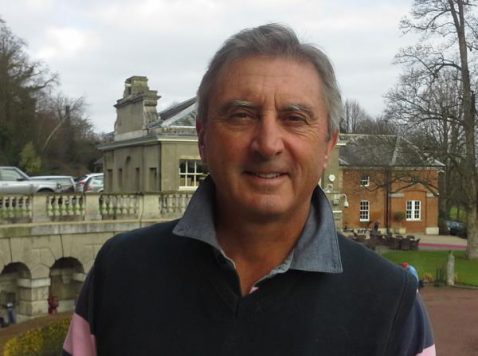 Depression a symptom of bacterial population in gut