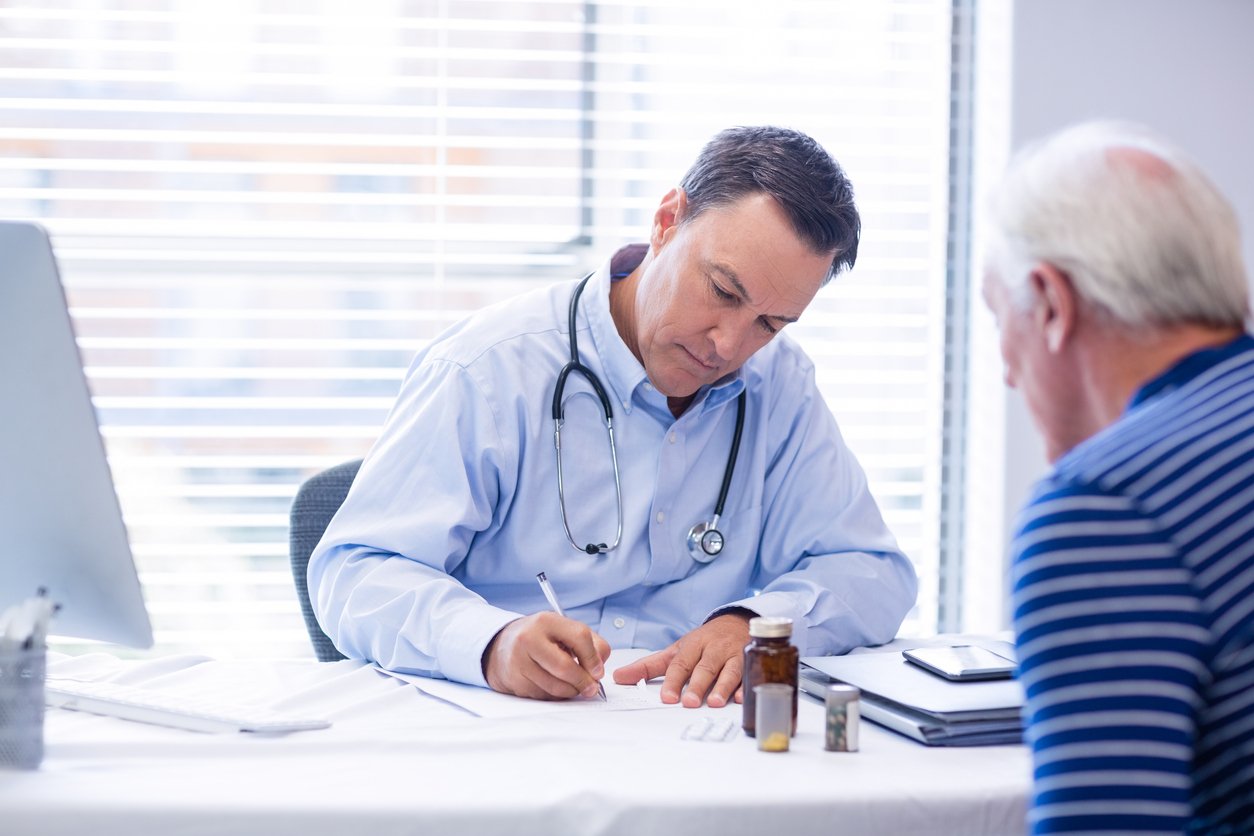 I decided to go for a Wellman Check-up in the UK. Met by a nice lady doctor, I had all my blood tests done. No problem

“Yes, all drugs,” I replied smiling. And added, tongue in cheek, “Last time I came in to this place you gave me two drugs for pain relief following a Rotator Cuff operation. Not only did I throw up 6 hours later; you gave me acid reflux for the next 8 weeks; those were my first drugs for 35 years.”.

You can’t joke with a doctor. 20 minutes later she said, “Finally, I want you to take Lansoprazole and Omniprazole for your acid reflux.”

“I don’t have acid reflux. I only had it because of your drugs, 11 months ago.”

When she became insistent I said, “They’re PPIs aren’t they? Did you see the research on Proton Pump inhibitors that came out last Wednesday?”

Still without a blink, the expressionless face said, “Well, I would like you to try them for 28 days.”

At this point your reported was running for the door.

I knew what was coming. “I think you should take a statin,” she opined.

“Did you read my form,” I asked. “My father had Alzheimer’s so I have a heightened risk. Given there is research linking statins and Alzheimer’s why would you suggest me taking one?”

Back she went to the mythical man scenario, to which I said, “I will take a statin, if you can show me this mythical man – a man who sticks more closely to the Rainbow Diet than me and who has been to the RAC gym more than 13 times in the last 14 days”.

No answer. Clearly, I am the patient from hell.

I am sure she was well intentioned, but if I was simply Joe Public, I would have been taking 3 drugs the next day. It would be careless of me not to mention that I know clinics such as the one I attended receive a bonus from the drugs companies if they can get more than 74% of the over 50s attending, onto a statin.

And PPIs and stains are ‘Gateway drugs’. If patients take them, they are the gateways to more biochemical upset, more illness and even more drugs.

Only yesterday, I had a lovely lady with non-small cell lung cancer, a cancer linked with oestrogen receptors, telling me that she had spent 10 years on HRT (another Gateway drug), and up to 20 on blood pressure pills, calcium lowering pills, a blood thinner, a statin, a PPI plus a drug that can damage your liver, for her arthritis and a steroid for her inflammation (which was most probably caused by that little cocktail).

Is it really any wonder the NHS is going bust and patients are getting sicker?