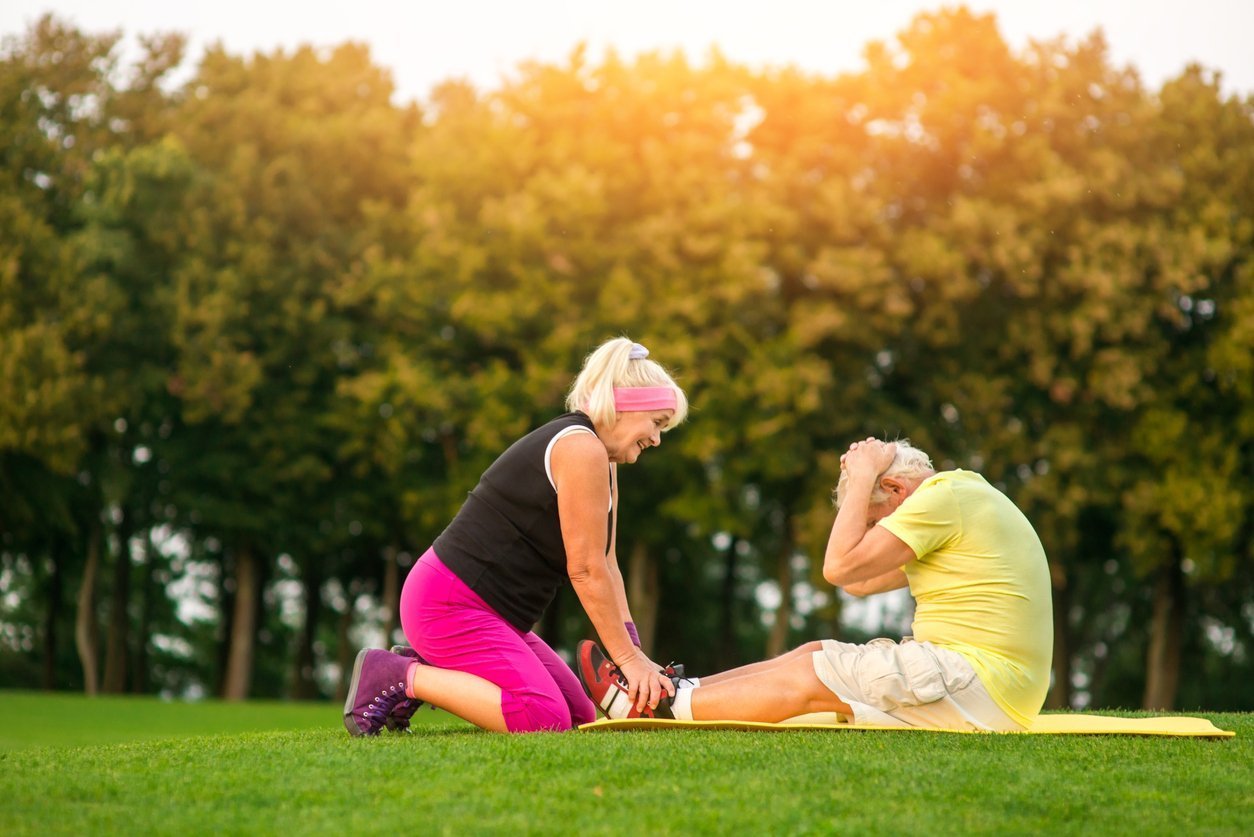 A 2019 study, this time by the University of Wisconsin School of Medicine and Public Health, has shown that people in late middle-age can significantly reduce the biomarkers for Alzheimer’s by taking just two and a half hours exercise per week, i.e. five days each for 30 minutes. Dr. Ozioma Okonkwo and the team used the Wisconsin Registry for Alzheimer’s Prevention – this follows 1500 people with Alzheimer’s/Dementia, confirming that those people with a higher aerobic fitness had less dementia biomarkers.

This confirmed a 2015 study(1) by researchers from The Jackson Laboratory, Bar Harbor, Maine and carried in Plos Biology. This study that in people with Alzheimer’s and dementia, age-related changes occur in the expression of genes relevant to the vascular system in the brain cortex.  Capillaries and other blood-brain barrier maintenance factors were lost. Those people also had greater inflammation and showed a loss in immune scavengers that keep the brain clear and ‘clean’.

Using mice, the research team found that all these ‘declines’ were reduced in individuals who took regular exercise.

Interestingly, those subjects who were deficient in a gene called APOE, a known risk factor for Alzheimer’s, did not benefit from exercise. Put simply, some people have a genetic issue that may result in a greater risk of the disease, but for the majority of people, aerobic fitness is associated with a lowered risk of dementia.

In a third study(2), researchers from the University of Kansas Alzheimer’s Disease Center provided a 26-week programme of 150 minutes aerobic exercise per week, to 76 people all showing early signs of Alzheimer’s disease (average age of 72.9 years). Neurophysiological testes were performed at the outset and again in weeks 13 and 26. Cardiovascular tests and brain MRIs were performed at the outset and in week 26.

In this study, aerobic exercise was associated with benefits in functional ability, improved memory performance and reduced hippocampal atrophy.  The researchers, as with the newer Wisconsin study, concluded that aerobic exercise could reduce brain degeneration and dementia.

It may not simply be a question of ‘oxygenation’ though. For example, there are several studies that show exercise can change the composition of your gut microbiota, and gut microbes have been shown to have a strong influence over Alzheimer’s and Dementia.

We also know that Sirtuin 1 is a powerful hormone produced by the brain and plays a significant role in longevity. Sirtuin 1 is produced in response to fasting, and research showed that high dose resveratrol, which is also linked to Sirtuin 1 production could have a positive effect on dementia risk and even stabile and reverse early stages of the disease.

Go to: Resveratrol effects in Alzheimer’s and Dementia