My friend had RA in both hands. An allergy test linked it to shell fish. He hasn’t eaten them in five years and has totally recovered.

RA is a chronic inflammatory disorder that can cause pain, swelling, stiffness, and loss of function in the finger, wrist, and other joints throughout the body. It occurs when the immune system mistakenly attacks the body’s own tissue, such as the membranes that line the joints.

Environmental factors, such as cigarette smoking, diet and stress, are thought to play a role in triggering the disease. Historically, treatments have usually involved medications to relieve pain and reduce inflammation. That might well be ending.

The gut microbiome has been linked to arthritis in animal studies.

To find out more about the gut microbiome and what you can do TODAY to take control and improve your health read ‘The Secret Source of Your Good Health’.

To confirm the finding that gut health and arthritis were linked, a team of researchers from NYU School of Medicine examined 114 people, some who were healthy, some who had newly diagnosed and untreated rheumatoid or psoriatic arthritis (November 5, 2013, eLife online).

However, this may not be the only factor.The heightened levels of P. copri linked to reduced levels of other bacteria like Bacteroides, known to play a role in reducing inflammation.

Next the research team, linvestigated DNA samples from the bacteria and showed that specific Prevotella genes correlated with the presence of RA.

A further study was then performed, this time to see if P. copri actually caused inflammation. First the team gave healthy mice a dose of P. copri . Then the mice were given a chemical that caused colitis, which inflames the intestine. The ones with P. copri had far worse inflammation. 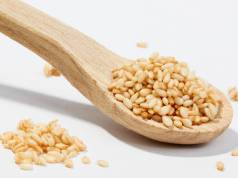