Antibiotics given to very young children may damage their health for life by causing the extinction of certain strains of gut bacteria that are normally important to good health.

A study from Harvard Medical School and Broad Institute scientists following 39 Finnish infants for three years, beginning when they were just two months old, has found that children who had repeated exposure to antibiotics (typically for respiratory ailments or infections) had far fewer ‘beneficial’ bacteria, crucial in immune system development. One bacteria group found lacking was the clostridia group known to boost attacking T-cells. Without them a human has more likelihood of auto-immune disease and poor sugar control (Science Translational Medicine).

Fewer species and within that fewer strains were present in children exposed to greater levels of antibiotics. It’s just a less diverse microbiome, and with that comes more chance of illness.

Scientists also found a much greater evidence of antibiotic resistence genes, encoded on the microbiome bacteria.

Ramnik Xavier, a gastroenterologist at the Broad Institute of MIT and Harvard, Massachusetts General Hospital’s Center for Computational and Integrative Biology, and Harvard Medical School said that there had been few studies on young children despite large amounts of microbiome research in the past decade.

During a child’s first three years of life, the microbiome is particularly dynamic with its composition still evolving. Unfortunately, after that period, the microbiome seems fixed for life.

Alongside that disruption, the researchers also saw a rise in the number of antibiotic-resistance genes in treated children.

C-section babies had fewer Bacteroides and formula-fed fewer Bifidobacteria. However, the results were not clear cut as they had been in previous studies.

Further studies are planned; one to look at the first two months of life, another to track children for longer.

Chris Woollams, author of the best selling book Heal you Gut; Heal your Body said “The conclusions are alarming especially given the inclination of hospitals to give antibiotics freely to babies for even the slightest of reasons, like the mother having a slight temperature at birth! Clearly, this practice must stop as it is positively dangerous to long-term health. Antibiotics should only be used in cases of absolute necessity. A study from Duke Medical School showed that antibiotics don’t work the same way in different children and those given to some infants caused extinction of certain gut bacteria and life-long damage.

Go to: The dreadful truth about antibiotics; your gut never recovers 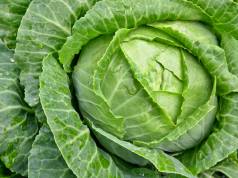