Research has shown that a natural compound found in broccoli, Brussels sprouts, cabbage, cale and sprouting seeds reduces negative behaviour and actions in young males. This bioactive compound is termed sulphoraphanes – sulforaphanes in the USA. It now has proven Epigenetic benefits and is known to be able to remove blockages which silence genes.

40 young men were divided into two groups – one group taking a concentrate from sprouted broccoli seeds, the other a placebo.

Dr Andrew W. Zimmerman (Lurie Center for Autism in Lexington, Massachusetts, and the Massachusetts General Hospital for Children and Harvard Medical School, Boston) presented his research in the Proceedings of the National Academy of Sciences in October 2014.

Four weeks after the start of the trial, two thirds of the 26 young men taking the compound were significantly calmer in every dimension measured, than those taking the placebo.

Apparently, the parents knew immediately. Whilst eating copious levels of green vegetables may be extremely helpful, the levels provided in the supplements provided for the research would be hard to achieve in everyday life. Fortunately supplementation is possible. (Click here for a UK supplier)

Sulphoraphanes are an important part of the Rainbow Diet. Clinical trials are underway with illnesses such as prostate cancer and asthma. 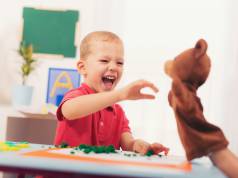