Statins reduce heart attack and stroke risk and seem to do this by reducing LDL levels, arterial plaque levels and inflammation. They have little or bow effect on increasing blood flow in the arteries and may cause other significant health issues.

The mechanism of action of statins, long claimed to have a positive effect on arterial plaque, is actually not fully understood. In 2015 a meta-analysis of 16 studies on statins (1) could only conclude that they reduced plaque volume and dense calcium volume, but not lumen volume (the inside size/width of the tube providing blood flow), or dead tissue volume.

Worse, researchers from Kinjo Gakuin University, Nagoya, Japan, have shown that taking statins may, in fact, CAUSE hardening of the arteries and heart disease.

In February 2015, a study (2) was published in the Expert Review of Clinical Pharmacology, entitled, “Statins stimulate atherosclerosis and heart failure: pharmacological mechanisms.” And the researchers concluded, “The epidemic of heart failure and atherosclerosis that plagues the modern world may paradoxically be aggravated by the pervasive use of statin drugs.”

The researchers argued that statins caused coronary artery calcification. One reason is that statins cause a loss of CoQ10, which is essential to mitochondrial function (we already have coverage elsewhere on this website) in the heart, muscles, brain etc. Another is that they deplete heme A, a protein which transports oxygen and iron to the heart. They prevent synthesis on vitamin K2 which prevents plaque formation; and they block selenoproteins like glutathione peroxidase which prevents free-radical damage.

Statins may cut LDL cholesterol levels, but they may also screw up many factors essential to heart health (and brain health, and muscle strength). We also know that statins increase diabetes risk significantly, cause weight gain and decrease insulin sensitivity.

But whether you believe the Japanese study or the meta-analysis, there is little evidence that the artery size and blood flow is increased in using statins. So something else provides a beneficial effect.

The JUPITER Study involved 15,000 people in 26 countries. None had CVD. Men were over 50, women over 60. They all had ‘normal’ levels of LDL. Participants took Crestor or a placebo. The Trial was supposed to run 5 years but was terminated after 1.9 years because of the ‘clear’ results. (And before Diabetes or Dementia studies show adverse effects occur).

All this despite the participants all being healthy just 1.9 years before. 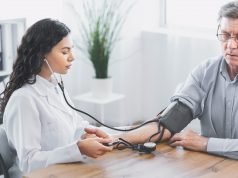