In a multi-country study, a ‘Polypill’, containing a statin, blood thinner and other compounds, when given to people of medium heart attack/stroke risk, reduced cases by 20%. A small aspirin seemed to perform slightly better.

In a study conducted in 89 centres in nine countries and coordinated globally by the Population Health Research Institute (PHRI), a joint institute of McMaster University and Hamilton Health Sciences, a pill – the polypill – including 40 mg simvastatin; 100 mg of atenolol; 25mg of hydrochlorothiazide, and 10 mg of Ramipril, was tested against a placebo.

5714 people were followed for 4 years – the men were 50 or older and women were 55 or older; all of medium risk. The 9 countries, particularly India and the Philippines, reviewed the polypill alone compared to a placebo; 75 mg aspirin alone versus a placebo, and the polypill plus 75 mg aspirin versus a double placebo.

The study found that 4.4 per cent of those who took the polypill alone had a heart attack, stroke, revascularisation procedure or died of cardiovascular problems compared to 5.5 per cent who took the placebo.

With those who took the aspirin alone the incidence was 4.1 per cent compared to 4.7 per cent of those with the placebo. (Ed: So actually a better result!?)

The polypill could actually have a variable formulation depending upon the country and need. “This is the start of a transformational approach to preventing heart disease. We could save millions of people from experiencing serious heart disease or stroke each year with effective use of the polypill and aspirin,” said Salim Yusuf, co-principal investigator for the study and professor of medicine at McMaster University.

The researchers felt that cardiovascular incidents could be reduced by about 20 per cent, and the combination of the polypill and aspirin could reduce these events by up to 40 per cent.

Ed: We always advise people taking statins to take 200 mg of CoQ10 per day, and to understand that they have been associated with increased muscle problems and dementia. 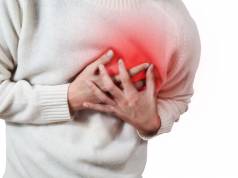