According to a study by researchers at the Shahid Sadoughi University of Medical Sciences in Yazd, Iran, ginger significantly lowers blood sugar levels.

This study involved 88 people, all middle-aged, overweight and suffering with type-2 diabetes. Further each participant had suffered the disease for at least 10 years. The research team gave one group 3 capsules of ginger daily containing 3 grams of ginger per capsule and 3 identical-looking placebo capsules were given to the control group (these capsules contained nothing that would have an effect on the outcome of the study).

All members of both groups took their regular medicines throughout the trial period.

The critical outcome of the trial was that the group taking the ginger capsules saw a significant decrease in their blood sugar levels at the end of the 8 weeks.

According to the American Diabetes Association, fasting blood sugar levels for people with diabetes should range between 70 and 130 mg/dl. In the research, the group that took the ginger were at 171 at the outset and significantly higher than the placebo group at 136. Both groups ended up around the 130-135 mark. This equated to a 23% reduction in sugar blood levels for the ginger takers.

Other studies have confirmed this finding, but used 2 gms of ginger a day for 12 weeks (1). The Diabetes Association suggests 4 gm should be the maximum daily level.

A word of warning from Chris Woollams: Ginger may conflict with some blood clotting medications.

Ginger is a flowering plant and the root is widely used as a spice or a folk medicine.

Chris Woollams advises that ginger is an excellent root vegetable used to combat inflammation in the body. Grating ginger into hot water with lemon can nip colds in the bud. Consumption of 5-10 gas a day has significant anti-inflammatory and blood sugar controlling benefits.

Go to: Ginger benefits with cancer

The nutritional value of 100grams of ginger:

Some known benefits of using ginger

If you are keen to enjoy a more healthier diet, then please take a look at our best-seller, The Rainbow Diet, written by Chris, makes fascinating reading or a great present. 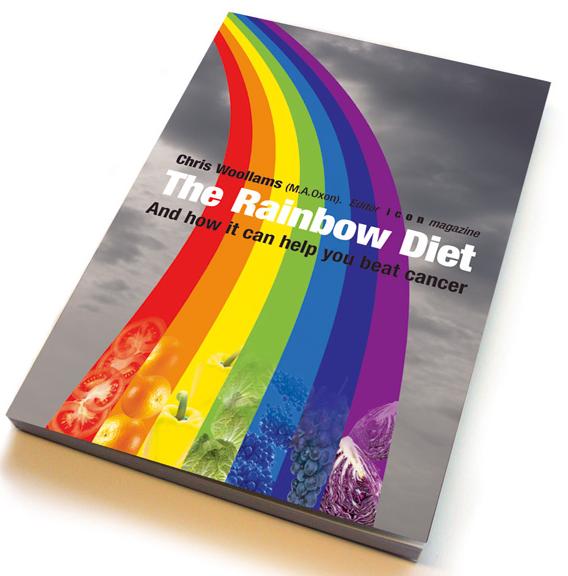