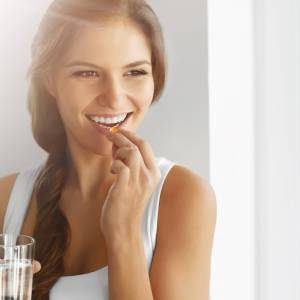 In a study from the University of Gothenburg, scientists have shown how fish oils seem to exert a healthy influence in our bodies, not just directly, but through the involvement of ‘good’ gut bacteria.

Fish oils have long been associated with good heart condition, mental health, longevity and improving the outcome of cancer, even preventing it. For example, it is known that fish oils can have an effect on the telomeres at the ends of DNA chains. The length of telomeres is associated with ageing. Another benefit is their ability to reduce the risk of cachexia, which is caused by taking chemotherapy drugs.

One mechanism is their direct ability to down-regulate an enzyme called Cox-2 known to stimulate localized cellular inflammatory hormones called eicosanoids made in the nuclear envelope of every cell in the body.

We have long recommended on our websites that almost everybody from the young to the old, should take a daily fish oil or a ‘clean’ krill oil supplement.

Chris Woollams advises readers should be clear that omega-3 from flaxseed (which is short-chain) does not have the same benefits as omega-3 from fish or krill oil (which is long-chain).

Go to: Chris Woollams’ Super Krill oil – ‘clean’ Antarctica krill, formulated to be the maximum strength permitted under EU law; and with astaxanthin.