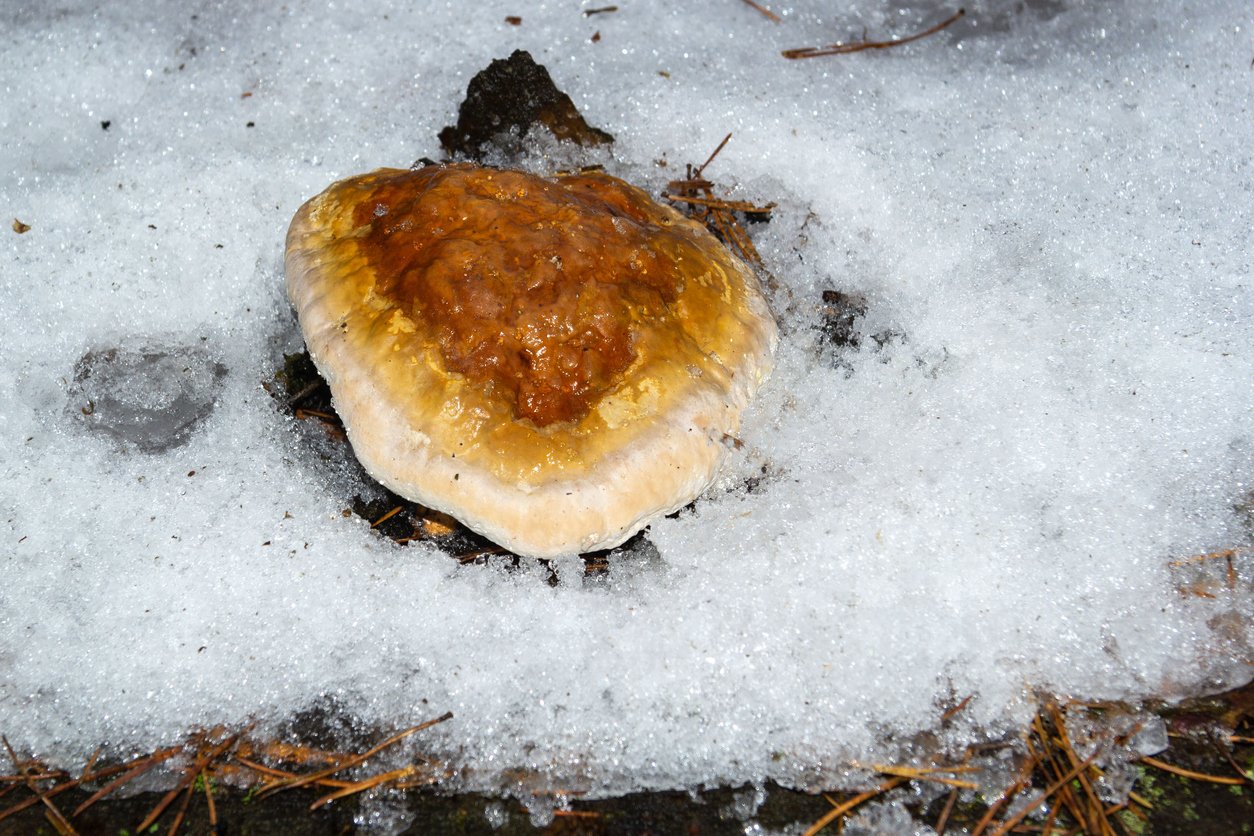 Chaga mushroom (Inonotus obliquus) is a type of fungus that grows in cold climates mainly on the bark of birch trees and is a traditional remedy for a number of ailments and weight loss, immunity and inflammation; it has a high antioxidant score and effects against lung and breast cancer in animals.

What is a Chaga Mushroom?

The mushroom is actually quite ugly; the conk (the spore producing fruiting part) that is used in medicine is made from both the long branching filaments (mycellium) of the fungus and the rotting wood that surrounds it. For this reason Chaga is sometimes called conk tree rot. Other names are cinder conk, clinker polypore and birch canker polypore.  The mushroom is deep brown/black on the outside (people often say it resembles a lump of charcoal) and is orangey-yellow in the middle and mushy. The name chaga is actually derived from the Russian word for mushy or mushroom.

Where is Chaga found?

What are the health benefits of Chaga Mushroom?

i) Health benefits start with a high recorded ORAC value. Oxygen Radical Absorbance Capacity is a measurement for antioxidant content originally developed by the National Institute on Aging at the National Institutes of Health in the USA. Not surprisingly, it has been used in Russia (Siberia) and Asia for centuries to boost the immune system, often as a Chaga tea. The mushrooms are also high in magnesium and iron.

Chaga is a good source of B vitamins, vitamin K and even vitamin D. It is difficult to cultivate cannot and so tends to be grown naturally.

A 2005 study using mice, who had had their immune system suppressed by using cyclophosphamide, took oral solutions of Chaga mushroom, resulting in increased immunity and reduced inflammation (4).

CME in research from Showa University, Tokyo, reduced lung cancer tumours by 60 per cent in mice, and in metastatic disease the number of nodules reduced by 25 per cent (1). In particular, chaga mushroom extract restricted blood supply formation. The middle aged mice also experienced decreased body weight with the chaga infusions.

In a 2021 study (2) with breast cancer both in vitro and in vivo, Chaga Mushroom extract was shown to cause autophagy by activating and promoting the AMPK pathway while inhibiting the mTOR pathway. The in vivo studies showed that CME used every other day, restricted breast cancer tumour growth in mice.  Chaga mushrooms are already used in cancer treatment in South East Asia as a complementary therapy to boost the immune system during chemotherapy and radiotherapy.

Possibly they may exhibit blood thinning powers similar to that of a small aspirin. Possibly, they may reduce blood sugar levels. Memorial Sloan-Kettering confirms no clinical trials on side-effects exist.

Go to: Medicinal Mushrooms and cancer