A team of researchers from the Ecole Polytechnique Federale de Lausanne (EPFL) working with the life science company Amazentis, have found that there is a molecule, urolithin A, within pomegranates that is transformed by a healthy gut microbiome into a highly active compound which cleans up ageing mitochondria in the cell and thus prevents their build up in turn slowing the ageing process.

Mitochondria are the cells power stations. The more active the tissue (brain, muscle, heart etc.) the more mitochondria there are. However, as the power stations become old and function less well, they can block the advance of newcomers. The dysfunctional mitochondria just litter the cell and this is believed to be one of the main causes of ageing. And diseases such as dementia and Parkinson’s.  The pomegranate molecule has been found to be capable of recycling the old mitochondria, thus cleaning up the cells and the tissues.

“It’s the only known molecule that can relaunch the mitochondrial clean-up process, otherwise known as mitophagy,” said Patrick Aebischer, co-author of the study. “It’s a completely natural substance, and its effect is powerful and measurable.”  (Nature Medicine, July 2016).

This is certainly not the first time pomegranates have been suggested as capable of increasing human longevity. And it won’t be the last. In 2013, UCLA commenced a human clinical trial.

Pomegranates have also been shown to reverse the build up of arterial plaque, reduce fasting blood glucose levels in type-2 diabetics and reduce PSA levels in prostate cancer patients. 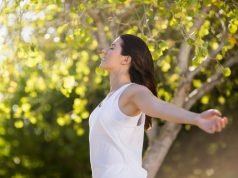