President Donald Trump may be upsetting all those who call for clinical trials and vaccines but there seems a very good case for using Hydoxychloroquine on Coronavirus infection; for some reason all the research studies have been set up badly so far.

What is going on with testing Hydroxychloroquine?

Several studies have reported that HCQ doesn’t work with Covid and may even make matters worse. But anti-virals need to be given early in infection, and in every recent US research study, the Hydroxychloroquine has been given to patients too late and without zinc. In fact, most of the research doesn’t even mention zinc, yet that is the main ‘active’ ingredient in the mix.

In the UK, Dr Julian Kenyon at the Dove Clinic has told me that they have been getting excellent results with HCQ used with azithromycin and zinc.

But you need to use the combination at the early stages of the disease BEFORE the virus starts replicating profusely. Of course you do – HCQ and zinc block replication; what is the point of giving it once the virus is all over the body? And no US research is using it in this way. Is this an accident or is there a political agenda here? I hope not, as lives are at stake!!

The drug is a synthetic form of quinine, a bioactive compound found in the bark of the Cinchona plant (Writes Chris Woollams, Oxford University Biochemist). The plant bark was taken by natives of Peru for more than 400 years to treat fever. Quinine made its way into tonic and a ‘Gin and tonic’ was a staple drink of the British when traveling to malarial regions.

On March 30th 2020, France’s Minister for Health Jérôme Salomon, officially sanctioned the temporary use of Hydroxychloroquine and azithromycin, an antibiotic, after work by Professeur Didier Raoult on COVID-19 patients saw 78 out of 80 recover within 5 days (1).This was just his latest study on the drugs with COVID-19.

He has recently added to this – at the centre near the Mediterranean, they have treated 3000 Covid-19 patients to date; 2600 with Hydroxychloroquine and zinc, and only 10 have died!

The French research on chloroquine and COVID-19

French researchers first published(2) on March 20th in the International Journal of Antimicrobial Agents. That study involved 42 patients – all hospitalised with COVID-19 – with 26 receiving hydroxychloroquine, and 16 on standard treatment. 6 of the 26 treated also received Azithromycin, an antibiotic.

All 6 of those receiving the drug and antibiotic were free of COVID-19 5 days later. Of the 20 remaining patients treated with just the hydroxychloroquine, 6 did not complete the course, but seven of the remaining 14 tested negative for the virus and a further 2 were no longer infected.

Other indicators of Chloroquine effectiveness

Another study(3) published on the same day, showed that Doctors in China had been using Chloroquine phosphate and achieving good results treating COVID-19 pneumonia. This is a surprise because chloroquine phosphate is a somewhat different compound and is actually used to clean aquaria!

Australian Doctors had observed much the same success with Hydroxycholoquine and are now conducting clinical trials(4) on the drug combination across dozens of hospitals under the supervision of Professor David Patterson. He states that the twin drugs might be a potential treatment or even cure for COVID-19 based on previous research on coronaviruses such as SARS, and on preliminary findings with COVID-19 from China and Singapore.

In America, a 1500 person trial has started at the University of Minnesota, with the results expected in two weeks. Jakob Tolar the Dean and Vice President of Clinical Affairs said it might then be appropriate to hold a larger trial depending upon the results.

And this is the sort of comment that politicians detest, not least because it is inconsistent on the part of American Doctors and Hospitals. For example, with HIFU and prostate cancer, or Dendritic Cell Therapy, neither has made it past a formal Phase II Clinical Trial. But Hospitals still use the Treatments (for which they get paid large sums of money by patients) under the guise of conducting a Phase III trial. The trial may run indefinitely.

Trump steps in and is immediately mocked

The Democrats don’t appear to be doing too well in the Coronavirus story. Having mocked Trump widely for the travel ban on Chinese into America, they then backtracked rapidly. Now on chloroquine, they mocked him again calling him a quack and a peddler of false hope – the usual Big Pharma message to belittle anyone threatening their profits. In this case, HCQ could threaten profitable vaccines.

But the pro-Democrat and Big Pharma media has now done an about turn on the drug after the FDA approved Hydroxchloroquine for ‘Emergency Use’. Tom Hanks partner, Rita Wilson took chloroquine and other drugs in Australia, when she had a more severe case than Tom. The drugs didn’t make her feel too good, but she’s alive and back in L.A.

But Politics is a big issue in Covid. Rita Wilson heavily criticised the side-effects of HCQ even though it probably saved her life. And now doctors seem to be stacking the research to see it fail.

So what are these drugs?

Azithromycin is an antibiotic which attacks bacteria involved in illnesses such a pneumonia and malaria. It is on the WHO’s list of Essential Medicines. Azithromycin has exhibited anti-viral effects in research(5).

Hydroxychloroquine (HCQ) is sold under the brand name Plaquenil. It was approved as long ago as 1955, is off-patent, and is also on the WHO’s list of Essential Medicines. Most of the supply is in the generic form (a much cheaper copy) from India. More than 5 million doses were prescribed in the USA last year anyway! It attacks the malarial bacterium (Plasmodium) and this is part of the concern: where’s the evidence it can attack a virus?

Well, it doesn’t only work against bacteria. HCQ is also used for Lupus, Rheumatoid arthritis, neither of which are particularly associated with bacteria, and Porphyria which is caused by low levels of an enzyme reducing haemoglobin.There is also research showing that it inhibits the Zika Virus production in cells and reduces cell death caused by Zika(6).

i) How does COVID replicate? A little biochemistry (sorry!)

There are many coronaviruses; the common cold is one, and like a cold, COVID-19 is primarily transmitted on the breath. They are RNA viruses.

In human cells, we have a nucleus which contains our DNA. In order for it to send messages around our body, the DNA is copied into RNA, and this goes out of the nucleus into the cell. In order for it to then be read and create proteins, the RNA requires two protein ‘bookends’ to sit at either end before transcription can take place.

Coronaviruses ‘hijack’ your copying system, stealing your bookends. The virus RNA can now be copied. This copying uses a polymerase (RdRP), also known as a replicase. It’s your replicase!

And then off the coronavirus RNA copies go to infect other cells in your body. COVID-19 appears to work in exactly the same way.

In a meta-analysis of 13 studies at the Cochrane Collaboration researchers concluded that taking zinc within the first 24 hours of onset could lessen the severity and length of the common cold.

According to the World Health Organisation(7), zinc supplementation has been shown to improve outcomes among children with respiratory problems and pneumonia. It is believed to reduce inflammation in the respiratory tract and protect the cells during infection.

It may seem anecdotal to a degree but many people fervently believe that taking vitamin C is the best way to beat a cold, and there is research support(8); megadoses of vitamin C have been shown to reduce the severity of the common cold by 85%.

Chloroquine is actually known to have many properties – for example, anti-cancer properties – and this is because it acts as an ‘ionophore’. Although, it actually possesses cytoxic properties in its own right, as an ionophore it helps carry ions into the cell; ions such as zinc.

Inside cells there are ‘lysomes’ wrapped in membranes of their own. These act to breakdown fats, carbohydrates and proteins for use in the cell. They also break down external compounds that might damage the cell.  When you use chloroquine, acting as an ionophore it allows far more zinc to enter the cell and concentrates zinc levels in the lysomes blocking their breakdown action(9). This allows other drugs to more freely attack the cell.

Thus chloroquine helps the transport of zinc into cells and this stops the replication of Covid-19, while also potentially allowing other compounds to more successfully attack the virus in the cell.

Providing zinc at the same time as Chloroquine or Hydroxychloroquine raises the levels of zinc 5-fold inside the cell.

Mahir Ozmen, a professor of surgery at the Istinye University, School of Medicine in Istanbul believes the best way to take Hydroxychloroquine is with zinc, vitamin C and vitamin D. (Certainly the vitamin D will help black Americans boost their immune defence as they are especially likely to have low levels of vitamin D).

Instead of Chloroquine, you could try EGCG (from green tea) and quercitin (from apples and onions)

What other mechanisms may be involved?

It appears that the HCQ also binds to the ACE2 receptor where the virus binds in order to multiply, thus slowing down replication. The drug also makes the cell slightly less acidic and thus less permeable to the virus, so it cannot enter the cells so easily. It is really not clear whether the azithromycin has any direct effect on the virus.

Problems with HCQ and COVID-19?

It looks like chloroquine has a number of side effects but these have been largely overcome by using Hydroxychloroquine. However, when high dose HCQ has been used, it can create more problems than it solves.  One issue is that, in research, it has not always used with zinc, which seems a mistake.

If anything, the azithromycin seems to be the more toxic drug of the pair and one wonders, if it its anti-viral credentials are questionable, is really needed?

It seems Hydroxychloroquine at sensible lower levels does have potential in fighting COVID-19, especially if taken early and with zinc, vitamin D and C. 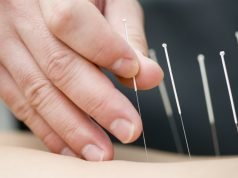 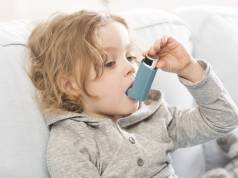 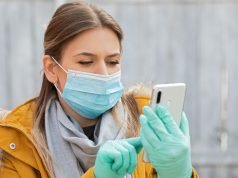 How Vitamin D is crucial to beating Covid-19