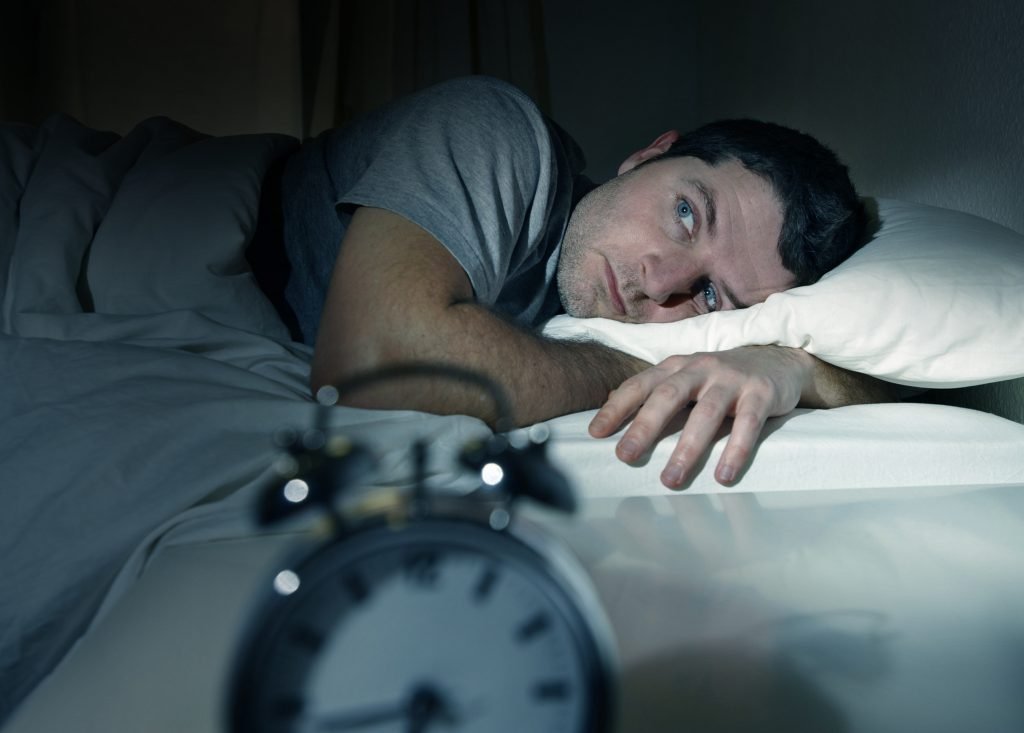 What are the causes of poor sleep?

The very latest research shows the causes of poor sleep are but one – low melatonin production. But there’s a surprising twist. Melatonin is produced from two sources: your pineal gland and from your friendly gut bacteria!

How much sleep is enough?

Jeff Bezos of Amazon fame admits he wants and needs 8 hours a night and a Fitbit programme will tell the wearer they should get more than 7 hours. Margaret Thatcher cat-napped, as did Winston Churchill. So there seems to be an element of different strokes for different folks. But the generally recognised level is that you should aim for seven to eight hours a night.

So why do you need sleep anyway?

And anyway even in the short-term, without sleep you dumb down, make poor decisions, have more accidents, have a much higher risk of cancer and other chronic illness and just don’t live as long as you should. Oh, and your sex life will be worse if you’re male.

Think of sleep as nourishment. If you don’t get enough you weaken.

Go to: The Dangers of poor sleep

Here we may surprise you. Other commentators tend to look at the effects like rooms with EMFs, or eating late in the evening, or alcohol, or outside light, not the underlying cause.

There is one underlying reason for poor sleep – Low Melatonin.

Melatonin is produced by the pineal gland just under the brain about 40 minutes after you go to sleep and melatonin puts you into a deeper, longer sleep.

But factors strongly affect its production:
a) Low Red light levels – light is composed of a whole spectrum of colours. At the red end you have sunshine and the more hours of light you derive from the red end – think sunshine, beach, holidays – the higher will be your melatonin production at night time. Conversely, spend your whole day in doors with little natural sunlight and you will be short of melatonin.

b) High Blue light levels – Professor Russel Reiter who is an expert on melatonin explained to us that staring at a computer screen, a phone screen or a laptop screen for just an hour during the day, could reduce melatonin production during the following night.

c) This problem becomes worse in the evening as blue light is stronger when the light around you is dim, and blue light is not just coming from your computer screens but the TV and the lights in your home.

d) Finally, the worst thing for disrupting melatonin production is having blue light interfere with your body while you sleep. You must be in a completely darkened room with no chance of street lights or other blue light falling on your skin.

a) Believe it or not but your gut bacteria have circadian rhythms – they go to sleep to. How do they know it’s night time? You send them a shot of melatonin. They then go to sleep and can make 400 times the melatonin you make.

What stops them producing a full dose of melatonin?
a. You don’t have a full set of gut bacteria! Either temporarily or permanently – due to drugs like antibiotics, proton pump inhibitors, chemotherapy and others they don’t like.

b. You ate too late – so they are gobbling up your food when you’d rather they went to sleep – late meals, poor sleep.

d. You have damaged their environment – binge drinking, smoking, stress.

e. You haven’t slept well since your holiday – did you pick up a parasite that is attacking them?

f. You haven’t slept well since you moved home – EMFs will affect your brain’s ability to produce melatonin, and also upset your gut bacteria. So do you live near radio masts, electricity pylons, do you have electric points either side of your bed, do you live on a fault line? You can have all this checked.

So, you see, when people tell you to go to sleep in a quiet restful place with no outside light or EMFs, or not to play on your computer or eat late at night, or not to drink too much alcohol, you can now understand ‘WHY?’

But even then, some people still don’t sleep well. Hopefully, this little understanding of what is going on in your gut has explained more.

Myopericarditis and Coagulation from vaccines – are we vaccinating correctly?