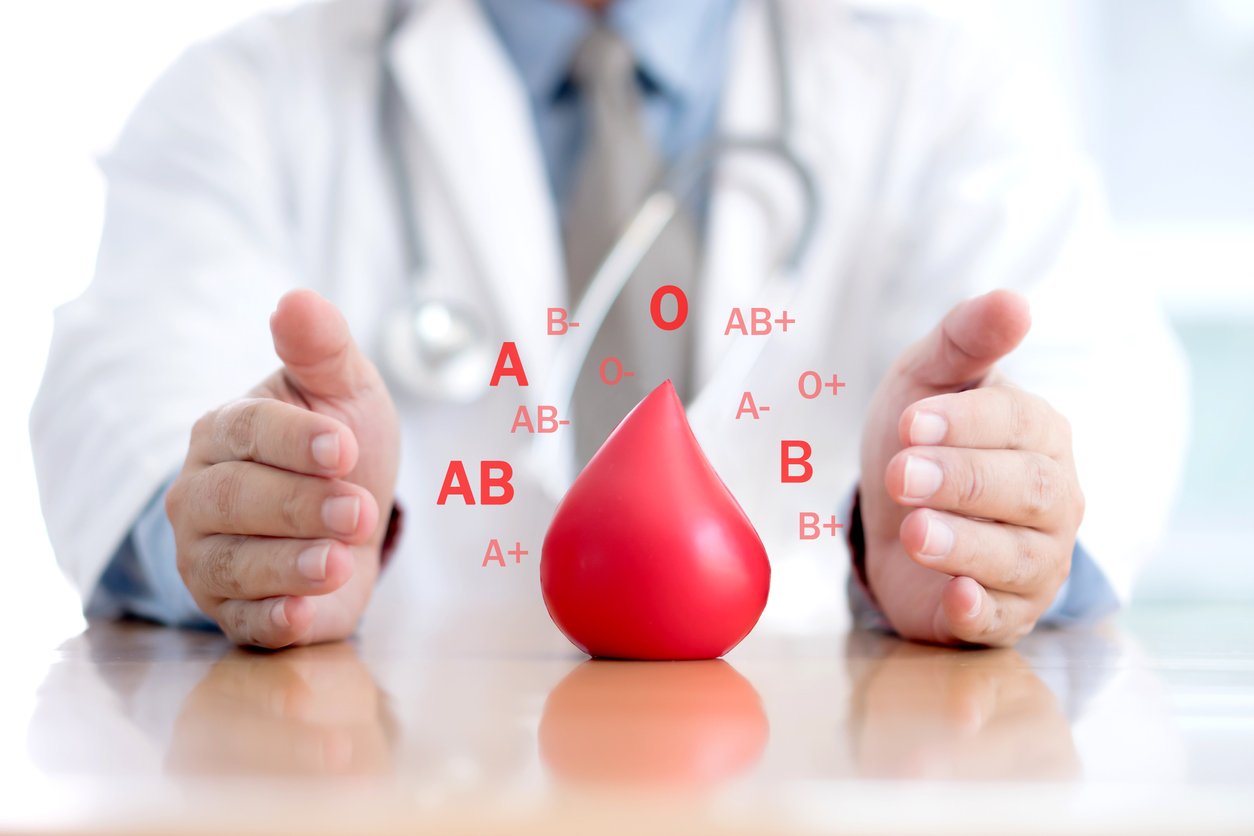 Researchers have found a possible link between human blood type and higher amounts of specific strains of bacteria in the gut microbiome (1); your gut bacteria profile may not only be influenced by diet.

It is now well established that a healthy gut flora is largely responsible for overall health of the host. The human gastrointestinal tract (GIT) is home to approximately 2 kilograms of 800-1000 different species of bacteria, each having up to 25 different strains.

Thanks to advances in genome sequencing, scientists are able to study these microorganisms, their interactions and functions in both healthy and in disease states. The 2 dominating ‘phyla’ (think families) of bacteria in our microbiomes are the 2 families known as Bacteroidetes and Firmicutes. They make up the majority of bacteria in the colon and are anaerobes.

The complexity of the microbiota continues to fascinate researchers and there still remains a lot that is not understood but, from what is known so far, within the
Bacteroidetes family, there are both ‘good’ strains and ‘bad’ strains. What’s the difference? They all make chemicals as by products – those from the ‘bad’ bacteria are toxic, those from the ‘good’ bacteria are useful chemicals such a B vitamins, melatonin, serotonin, short chain esters and anti-inflammatory molecules each and all of which promote our good health.

These gut bacteria make up the mucosal layer of the lining of the GIT and are our first line of defence against any harmful microbes and pathogens that invade our bodies via our mouth on what we eat, drink, touch and breathe. To date it is understood that what we eat largely determines the volume and types of bacteria that dominate and make us healthy or ill – certain foods increase ‘good’ bacteria which make anti-inflammatory molecules; other foods increase ‘bad’ bacteria that make inflammatory molecules.

80% of the human population are ‘secretors’;  the individual secretes antigens to their blood type (e.g. blood type A, B, AB and O) into the mucosal layer of the GIT, as well as other mucus-lined parts of the body like the mouth, nasal passages and lungs.

Now scientists in Helsinki from Nutrition and Red Cross blood service backgrounds have discovered that people with different blood groups may have variations in species of gut bacteria, which can consequently affect the health of the person (1). Scientists tested red blood cells for antigen (think foreign invader) receptors for various viruses and pathogenic bacteria and associated these with certain blood types. One such bacteria called Helicobacter pylori (H. pylori), which has been linked to stomach cancer, was shown to use ABO blood group antigens as its receptors. The ABO blood group means people with blood group of either A, B or AB.

6 of the main groups of bacteria were targeted during the study of 46 fecal samples (14 of A, 16 of O, 8 of B and 8 of AB blood type). The scientists reported that the 2 main species of health promoting bacteria, Lactobacillus and Bifidobacterium, were found amongst the individuals with B and AB blood type. The researchers concluded that blood type could be considered a genetically determining factor in modulating gut bacteria and therefore would be an important consideration in the future of personalised nutrition for health.

Chris Woollams, former Oxford University Biochemist added, “Everything found to date on the subject of Gut Bacteria has been totally logical, and this is just another step. We know food choices affect volumes of different bacteria, and we’ve known for 20 years or so that you should ‘Eat right for your type! It is hardly surprising that these three are linked and that certain foods would be linked to certain bacteria which would help or hinder people with certain blood types. Equally, feedback in the other direction is to be expected.”