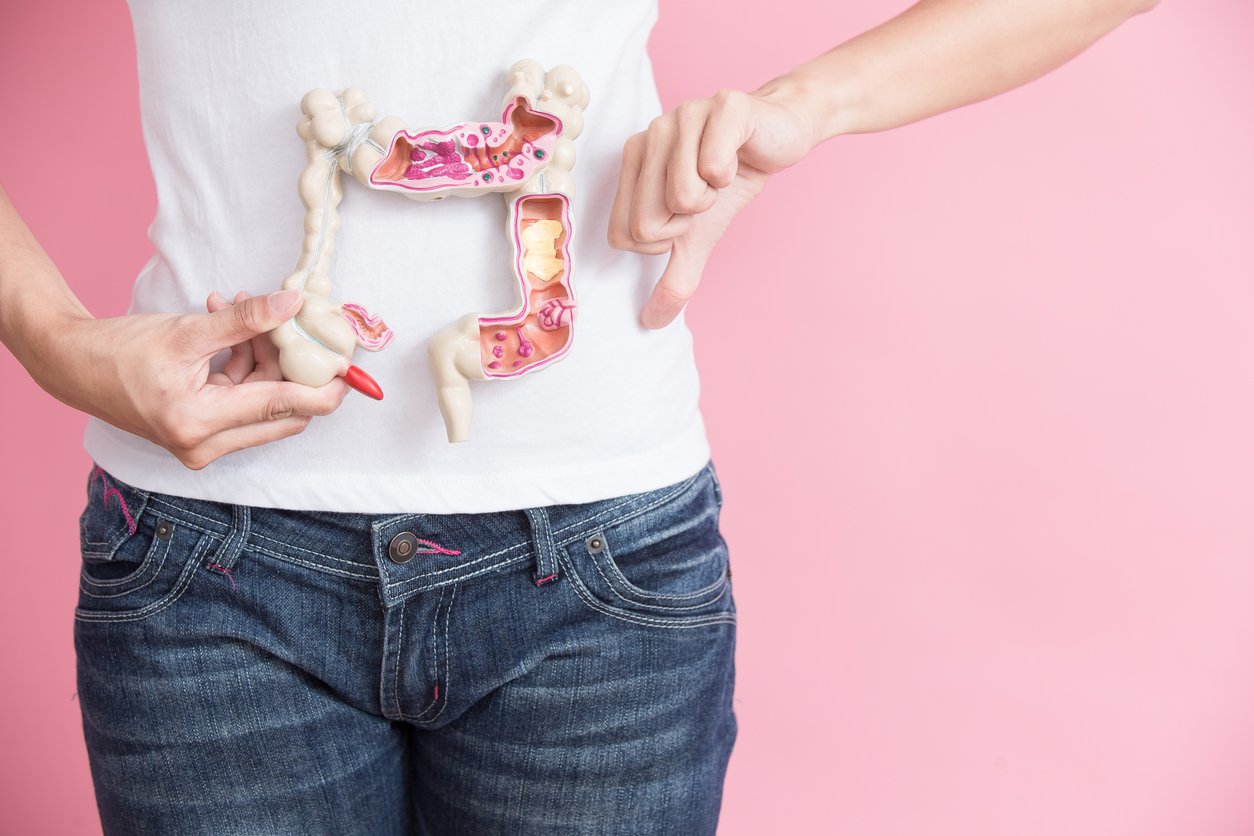 As long ago as 2007, Cornell researchers showed a link between Escherichia coli and Crohn’s.

Lesions in the ileum (the small intestine) in Crohn’s disease are characterised by E. coli invasion, which actually replicates within the cells lining the gut(1). Adherent-invasive E. coli (AIEC) has been much debated as being the cause of the immune problems in Crohn’s and colitis.

Now researchers have shown that patients with Crohn’s disease also have high levels of a yeast, candida tropicalis. And they have confirmed that they have an excess of two particular bacteria, Escherichia coli and Serratia marcescens. Together all three combine to form a biofilm in the gut(2), which protects the problem and makes it hard to treat.

But what prompted the excesses?

Brian Coombes and his team at McMaster University presented research in October 2016, which showed that people, who suffered from food poisoning once in their lives (especially in their teens or early 20s), still show adherent-invasive E. coli (AIEC) growth even after the original causal bacteria was cleared from the body.

The research started with mice given Salmonella. AIEC was present and growing, even after all the Salmonella were killed off.

There was then a much higher risk of Crohn’s Disease (abdominal pain, diarrhea, cramps) and subsequently a greater risk of colorectal cancer. There was also a reduced life expectancy.

E Cl and yeasts are simply the end product of a damaged microbiome. And there is a lot you can do to help yourself. The SYNCAN study has shown, for eample, that people who take daily probiotics have far less colorectal cancer.

Go To: Heal Your Gut – give yourself a HUG