Eating meat may cause a lowered level of butyrate-producing gut bacteria; resulting in a microbiome like that of MS patients, leading to more inflammation, more methylation and more damage of the CNS and particularly nerve cells.

Multiple Sclerosis (MS) is a neurodegenerative disease of the Central Nervous System. Often described as ‘an autoimmune disease’, MS has been linked with changes to the microbiome (2) that result in overall inflammation, promotion of inflammatory cytokines and lowered levels of T regulatory cells (cells which reduce levels of T-cells in the immune system). So, more inflammation and heightened levels of attacking T-cells on the CNS. MS has also been linked to a microbiome with higher levels of pathogens.

In a new study of 24 relapsing untreated patients against a control of 25 healthy patients (1), a team led by researchers at UConn Health and Washington University School of Medicine found that there were significant differences in the two microbiomes. In particular, people with MS developed microbiomes when they ate meat, which had obviously lowered levels of Bacteriodes thetaiotaomicron, which helps digest carbohydrates, higher levels of pro-inflammatory T-helper 17 (TH17) immune cells; and a greater abundance of blood metabolites linked to meat metabolism. These meat eaters also had increased autoimmune markers and signature metabolites linked to MS.

The problem was that the relapsing-remitting MS (RRMS) group and the control group had similar diets. This raised the possibility that people with RRMS processed meat differently and that a similar microbiome to people with MS might be a contributor factor.

With MS patients, there were decreased levels of Bifidobacterium longum, Clostridium leptum, and Faecalibacterium prausnitzii, all known to be involved in immunomodulation.

Lowered levels of Faecalibacteria, Prevotella, Lachnospiraceae, and Anaerostipes were reported due to meat eating and this is also the case in MS patients. And some of these bacteria have been linked to the suppression of demethylation, causing damage to nerve cells in MS.

These bacteria suppress methylation because they are butyrate-producing. Butyrate is one of three super-molecules in the gut – it is a Short Chain Fatty Acid (SCFA), known to be very anti-inflammatory and capable of activating vitamin D, which in turn activates T-cells and others in the immune system. Notably, butyrate was found in decreased levels in the stools of MS patients in this study. Previous studies also reported low SCFA levels in MS patients.

Meat and microbiome may be an issue. Meat eating, while it may not be causal, likely reinforces an inflammatory microbiome that fails to regulate T-cell attack in MS patients.

Go to: Overview on MS

What is Multiple Sclerosis, or MS? 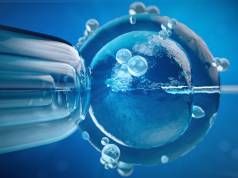 Low vitamin D can double the risk of MS 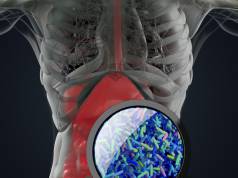